I think I realized why I’ve been putting off writing in my blog about the last vacation. In the car on the way back from Aqaba, I felt so good, so full of joy and love for the world I thought I was going to burst, and yet within a day of being back in Saudi it was gone. Before when I would come back from a trip, writing about it was half of the adventure, I got some of those feelings back when I viewed my photos or wrote descriptions of the places I’d been. It seems I’m avoiding those memories, because all they do is remind me of what I don’t have now.

When I first came here, there was some adventure, some newness, a series of events of trying to figure things out, and several things to look forward to. I don’t think it’s Saudi in general that’s getting me down. I see people in other cities having a good time, and I remember that in Jeddah and Riyadh there were taxis and car services, lots of restaurants, parks, museums, and places to go that had a little freedom like the expat beaches or diplomatic quarter.

But Tabuk is small, and I’m trapped in one tiny corner of it with no means of transportation but a company driver, and no one go there with anyway. It might have been a little more bearable with better transportation, but really, I don’t think I’d be happy living in a tiny town in any culture. In the second half of my time in China, I was going into Beijing at least twice a week to get out of the small town. When I lived in a small town with my family in the US, I started taking off into the city as soon as I was able, and not necessarily waiting for parental permission (sorry mom).

On top of that, Saudi is a hard place to be a woman, especially a single one. Although I had more freedom in Jeddah and Riyadh, it’s still hard. Unlike many expat women, I don’t hate the abaya, although I am getting a little tired of black. But I don’t like the inability to have a conversation with a man without being seen as “loose” or any number of other derogatory sexual terms. I don’t like the fact that I can’t shake hands, make eye contact or smile at another person in public. Although the women behind closed doors are wonderfully friendly and lively, in public they are closed off and distant, so finding my way into social settings is very challenging.

I remember at my going away party I was showing off pictures of the compound I was supposed to be living on, but that was changed after I arrived in Saudi, and instead of living around a community of expats with access to a cafeteria, cinema, pool and gym, I’m living in a rather small hotel room with one working burner, no oven, a washing machine that’s only one step up from hand washing, and no neighbors to mingle with.

I question what is the point of proving I could “tough it out” when what I really want in life is to feel that joy and love again. Am I proving something? What? and to who? I know I’m strong and capable already. Is it about future employers? Not really. There isn’t actually an industry wide stigma about leaving a job as long as you do it with notice (voluntary resignation and termination are standard clauses in the contracts), and basically everyone would understand leaving a job in a desert with no air conditioning, no flushing toilets, and in a country that just went to war.

Don’t get me wrong. I don’t hate Saudi, far from it. I’m still grateful for the experiences I have had in the Kingdom, I’ve seen things that most people will never get to see. I now know why everyone who comes here wants to write a book. This place is unlike anything else on Earth. On top of that, I made enough money to travel around the region and learn things about the Middle East that have changed my feelings forever for the better.

Jeddah
I spent a wonderful week in Jeddah when I first arrived here. I got to go snorkeling in the Red Sea, and enjoy a beautiful beach. I got to ride Asia’s tallest double loop rollercoaster and see the UNESCO world heritage site at Al Balad. It gave me a great insight into the wide range of cultural norms within the kingdom.

Saudi People
I got invited more than once to visit a Saudi friend in her home. It was so welcoming and such a great way to see how the people live here. We had so much fun chatting, eating and dancing. I also got to go to an Istraha and see how the Saudi people party!

GCON
I went to a women’s only gaming convention in Riyadh, and although I only got to see a few hours of it, those hours were a precious memory and a great peek into what is going on under the abaya for the young women here.

Riyadh
In visiting the capital I got to see the jewel of a museum that is there and was thrilled to see the quality of the displays as well as the delicate integration of science and religion that respected both. I also got to go to the famous Al Faisaliah tower, enjoy a magnificiently luxurious spa treatment followed dinner at the top complete with view.

The Edge of the World
The first of my three bucket list items that I came here with was completed with this trip. The geography was simply stunning and the company was equally amazing. I found a 50+ million year old fossil shell and I got taken out to a traditional Saudi restaurant for dinner afterward by some more charming and brilliant Saudi ladies.

A Saudi Wedding
I got to attend a wedding where the men and women remained segregated even as the bride walked down the aisle. It was a real kick to see the women shake it, even the old ladies got up and danced!

Madain Saleh
Number two on the bucket list was this amazing ancient civilization’s ruins. It was really a privilage to be able to see the ruins and be escorted by such a great guide. Not only that, I left with a pretty hilarious story about the French cultural attache. 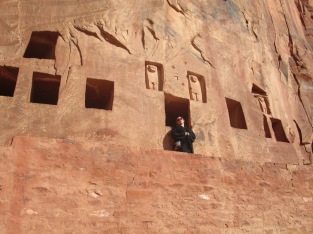 Beyond Saudi
I also got to explore Dubai, Jordan and Egypt while I was living here. In many ways I think I had a very different experience coming from Saudi to these countries than I might have simply on vacation from the US. For one thing, whenever people I met found out I was living in Saudi, they seemed very sympathetic, but also very keen to showcase their own country’s customs in contrast to what I experienced in Saudi.

Dubai
This place is as wealthy and glitzy and big as you think it is. Acutally probably more so. The amazing birthday brunch and surprise night out with the mystery star, the world’s tallest building, the Atlantis, and so much more. Dubai is like going inside a fairy tale. 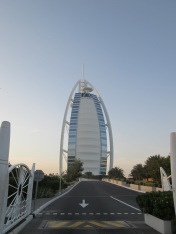 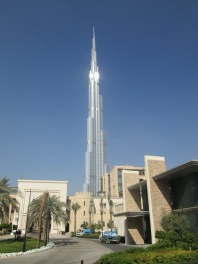 Jordan
This country has stolen my heart in a very short time. Petra was so powerful, my stay in Amman was barely long enough to let me know I want to go back, and Aqaba finally checked off my third and final bucket list item for this leg of the adventure: scuba diving in the Red Sea. 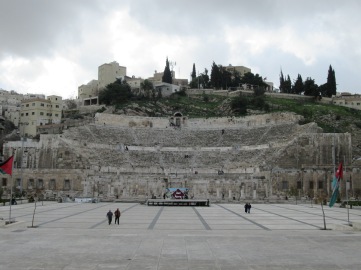 Egypt
From the luxury resort at Sharm el Sheihk to the majesty of the Pyramids, the people of Egypt are so welcoming and full of hope for their future and yet struggling so much to recover from the years of revolution. A life long dream of seeing the great Pyramids would have been enough, but I got more.

My blog is filled with these experiences and many more because I treasure them and want to share them with the world. It was a desire for experiences that drew me here. It was because Saudi cannot be understood from a book or a movie that I wanted to see it for myself. And I see a lot of expats who have made a home here, but most of them have a family with them, and live in a community they can interact with, while I am alone. So after some serious soul searching, I have decided I need to leave now.

As for what’s next, I’ve been waiting to hear back from some interviews and job opportunities, but I think it’s time to recognize that I will find something, if not now then surely by the fall. I chose this career because I enjoy the work, I love the travel and someone’s always hiring. This wasn’t my plan when I came here, but that is one of the things I’m learning, how to let go of a plan. In one of our last converations, my father said this to me:

“You call yourself an adventurer and you certainly have had some adventures. You have seen and done things most people only dream about. All adventures also have an element of danger and uncertainty, that is part of what makes them an adventure. It seems you have traded financial well being for an adventurous life. If you can’t have both, it seems like a good choice.”

I guess I hope I can have both, or at least enough financial well being not to be living in a cardboard box, but I think he’s right, if I have to choose, I would rather have adventure than money. It’s been a wild ride in Saudi, but it’s getting time to move on.

“The greatest adventure is what lies ahead.
Today and tomorrow are yet to be said.
The chances, the changes are all yours to make.
The mold of your life is in your hands to break.”
–J.R.R. Tolkein