I know I publish in a maddeningly irregular schedule. The reality is, this blog is my hobby and not my job, not even a part time one. I actually spend money to run this sucker and I’ve been able to do that for 5 years while never asking for anything from the readers except possibly some likes and subscriptions which are really only for the serotonin boost because I do zero monetizing here.

I have some deeply mixed feelings about the ability and tendency to monetize every possible aspect of our lives, but that’s not what this blog post is about. This is the first time in 5 years I’m going to ask for money, but it’s not for me…

They say that 40% of America is just one missed paycheck from disaster. That rises to 60% for even a small health crisis. I had a medical disaster in 2008 that I’ve alluded to here from time to time, and it made me understand just how quickly a smart, driven, well-educated and experienced person can go from a reasonably good life to being homeless and unemployed. It’s terrifying. One day I’ll actually write that whole story, but I’m still not ready.

The only reason I made it through is because of my family: chosen and bio. People who let me crash, people who let me use their homes to sleep, bathe, cook, and eat in. People who loaned me money or just bought things for me when I needed it: medicine, clothes, food, gas. People who kept helping me for years, even after I got a job and wasn’t in “crisis” mode because they understood that it can take years to fully recover from a fall like that.

One of those people is my chosen-sister, Carla Jones. 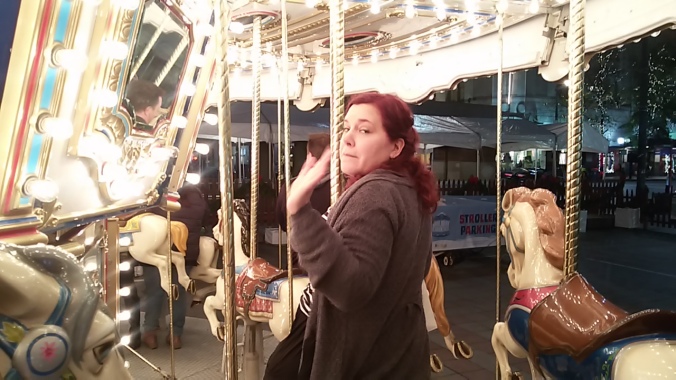 We met as teenagers back in Tennessee and when I moved to Seattle, she was only a couple years behind me. She slept on my couch for more than a month when she landed, even though she had a job within a week (a job she still has 14 years later) because she didn’t have enough money to pay first and last month’s rent until she got a couple paychecks under her belt. It was a tight fit. I hadn’t yet broken up with my abusive boyfriend (because I was still in that brain fog of denial and guilt), and the three of us were trying to live in a one bedroom apartment while he was trying to turn me against her to retain his control (which I now know is a common abuser tactic, yay). Seeing the way he treated her was probably the biggest catalyst for me to finally escape.

Several years later, when I was recovering from my health crash I needed to move again. I had been living in the attic of an insanely kind and generous family with a new baby and although I had found a job again, I was still not making enough money to rent my own place. I’d been “paying” about 300$ a month to the household I was living in, but I promise that’s a fraction of what any room in a house in Seattle will actually go for. Really, look it up. There’s people renting a couch in the living room to sleep on for 500-600$. It’s crazy.

They were being incredibly nice about the whole thing, and had not given me any kind of eviction notice, just a request that I move on so they could better use the space for their own family. Reasonable! Meanwhile, Carla’s living situation had become untenable. She was living in a rundown basement apartment with a slumlord of an owner who refused to fix anything including the leaks that were contributing to the masses of mold, and an ex-con, ex-roommate who refused to get their stuff out of the apartment.

We decided to pool our resources and move in together. I didn’t have much in the way of money, I was making thousands less than her, but I did have good credit (thanks dad), and the tenacity to spend 3 months searching every apartment for rent in Seattle to find The One. In the end, I found us a space with 2 bedrooms, 2 bathrooms, a dishwasher, a disposal, a fireplace, and a balcony! For only 950$ a month!  My problem? I didn’t HAVE half of rent, plus half of internet, water, garbage, electric, etc… I had taken a shitty phone job expressly because it paid 100% of my health insurance premiums and I was still hella sick.

Despite the fact that Carla also has a chronic illness, she was in a much better position. Her job was unionized, and she couldn’t lose it for being sick. She had a home office, so she could crawl from the bed to the chair on bad-but-not-too-bad days. She had disability insurance that would pay out if she had to miss too much work. She agreed to take the larger bedroom with the en suite bath and to pay the lion’s share of the rent and shared bills.

I honestly have no idea how much money this saved me during the time that we lived together, but I know that I would never have been able to achieve my current dreams without her support. When I left in 2014 to move to Saudi Arabia, she let me pack my things into the front closet, and to leave my furniture, books, tv, art, etc all around the shared space. It saved me the cost of a storage unit at a time when I was sure I’d be returning to Seattle to live again.

On top of the financial help, Carla has been a steadfast emotional support to me since we met. She accepts all my weirdness and all my illness without batting an eye. In many ways, that’s worth even more because there’s no way to measure love.

I could tell you more about Carla’s life, about her childhood poverty, how she lost her mother because of doctors who were too biased against women and poor people to find the cancer until it was too late, about her lifelong battle with extreme migraines and trying to navigate the same biased healthcare system that killed her mother, how she struggles daily to be understood as a person with an invisible illness.

I could tell you how she loves tacos and crazy socks and weird hats and dressing up like a zombie. She is one of the kindest and most generous people you’ll ever meet. She’ll give whatever she has to help others, even when she probably shouldn’t. She’ll feed anyone that comes in the door, and loves to make Christmas stockings full of shiny dollar store junk because everyone should have a full stocking Christmas morning. 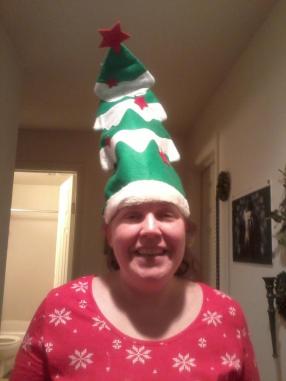 She cooks the most amazing food, and I could tell you about every magical birthday cake she ever baked that made me feel loved and special. How one year, while I was deep in a My Little Pony obsession, she figured out how to make the MMMM cake (Marzipan Mascarpone Meringue Madness) because she saw how happy it made me.

I could tell you about her for thousands of words, and hundreds of pages because she is that much a part of my story. For more than two decades she’s been there for everything, and now she needs more help than I can give.

She’s having another flare up that’s causing her to miss a lot of work. She’s not going to get fired, but she could get evicted because landlords don’t wait for disability insurance to pay out. While she’s sick, she doesn’t get a regular paycheck, and the disability insurance is taking an unusually long time to come through. She’s burned through her savings and although I’ve been able to take some of the pressure off by paying a few other bills, there’s just more than I can do alone, however much I might want to.

Today I’m asking in the true American crowd-fund-your-illness tradition, but not for myself: for Carla. If you like my blog (which is free), think of donating to this fund as a way to say thank you to me by helping someone I love. If you have a friend or relative with a chronic illness, and you know what this is like, spare a couple dollars. Every little bit helps. Click the link or button to open a link to the Just Giving page for Carla:

I hope that you and your loved ones never have to experience these things, but if you do, then I hope there is a world of kind strangers out there willing to lend a hand, too.